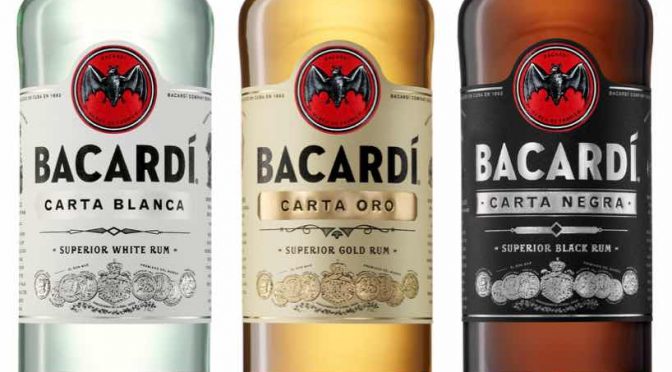 This post was originally about how I discovered different types of Bacardi rum, namely Bacardi dark rum, Bacardi Black, and Bacardi Gold.

“the flavorful, premium and elegant face of Bacardi. With a smooth and rich taste, Bacardi Black…[appeals] to more mature, stylish and sensual consumers…[Its] distinctive dark appearance and rich body makes it especially suitable for nighttime consumption in bars and clubs by those who enjoy partying until the early hours." More factually (and less market-y)…Bacardi Black is one of the richest spirits produced by Bacardi.

Bacardi Black, Bacardi dark rum, first begins as a blend of select rums which then undergoes ageing for periods up to four years.

Charcoal-filtered for smoothness before mellowing in oak barrels, this rum retains the rich flavor and full body of the original blend without any harshness in taste.

According to its makers, the flavors of Bacardi dark rum, Bacardi Black, are of sweet, tropical fruit, buttery caramel and vanilla notes that then give way to a smoky liquorice and molasses finish.

Bacardi recommends that Bacardi dark rum be drunk as a shot or with intensely flavored mixers such as coffee liqueur. What is Bacardi Gold?

According to the Bacardi website, Bacardi Gold is a…

distinctive, smooth, and mellow golden rum that delivers subtle flavor and classic Bacardi quality. It is the perfect Bacardi rum for those who enjoy the relaxed, good fun, and fine times that being with friends is all about.

Again, steering clear of the marketing messages and sticking to the facts, Bacardi Gold is a rum made with the same blend of light spirits as Bacardi white rum, but that is aged for up to two years and is not filtered again after its time in oak casks. The result is a smooth, amber-colored rum with a fuller body and a pleasing wood flavor. Bacardi makes many more rums than the ones I have mentioned in this post so far.

In case you are wondering what the difference between white rum and dark rum is, here are 5 important ways in which these two types of rum differ: To understand the difference between these two types of rum, let’s look at each of these rums individually.

Gold Rum vs Dark Rum: What is Gold Rum?

These rums gain their dark color from aging in wooden barrels (usually the charred, white oak barrels that are the byproduct of Bourbon whiskey production).

Gold Rum vs Dark Rum: What Is Dark Rum?

Dark rum, also known as black rum, undergoes aging longer than any other type of rum.

The extended time it spends in wooden casks gives it a dark color and deep, smoky-sweet flavor.

The most common brands of dark rum are Gosling’s Black Seal Rum, the iconic spirit in a Dark & Stormy, and Myer’s Dark Rum (one of my favorites!), used in many tiki drinks.

What Is Bacardi Superior?

Bacardi first gained its fame from the white rum it produces: the very popular Bacardi Superior.

The Bacardi website has this to say about Bacardi Superior:

…classic Bacardi rum, the soul of the Bacardi brand—youthful, high-quality, sociable, sensual and passionate…[it] is the main bearer of Bacardi‘s authenticity, origin and craft; it has carried the Bacardi Bat Device as its symbol since 1862. Its personality is that of the Latin Caribbean…which provides the Brand with a unique point of view on life. In terms of how it is made, Bacardi Superior, is blended, charcoal-filtered, aged for at least one year, then charcoal-filtered again to produce a subtle, delicate rum that is clear in color, light in body and dry in flavor.

Spelled out succinctly, here are some similarities and differences between Bacardi Gold and Bacardi Superior that go beyond their very obvious difference in color:

So what is the best Bacardi rum?

Hmmm…that’s a bit difficult to answer.

Aged for 17 years, Bacardí Gran Reserva Limitada, is the rarest and most luxurious Bacardi rum. On each bottle of this rum, you will find its blending batch, bottling date, and bottle number in order to capture the specific moment that it achieved blending perfection.

Although Bacardí Gran Reserva Limitada is technically the best Bacardi rum, its price tag is prohibitive to the average consumer. More affordably, a very good Bacardi sipping rum is Bacardí Reserva Ocho. Bacardì Reserva Ocho is a gold rum that goes through the aging process for 8 years.

For everyday usage, Bacardi Superior is ideal for mixing into cocktails where you don’t want an overpowering rum taste and would prefer a lighter flavor, such as in piña coladas or mojitos.

Which do you think is the best Bacardi rum? Please let me know in a comment below! Bacardi Black vs Gold vs Superior: A Summary

Clearly, the distinguishing factors between Bacardi white, Bacardi dark rum, and Bacardi Gold are 1) how long they are aged, 2) what they are aged in, and 3) whether or not they are filtered again after aging. Dawa Cocktail: Made With Simple Ingredients & a Dawa Stick